You are here: Home / Archives for happenings

The (momentary) return of Tako Truk

It was a sad day when I heard that Eastlake’s Tako Truk would be closing its doors, such as they were. Tako Truk operated after hours out of 14 Carrot’s kitchen and served curbside some really inventive tacos like the Coco Piggy (pork belly and slaw), Beef and Fries (brisket and tiny shoestring fries) and Channaloo (chickpea and potato curry). Courtesy of Seattle Magazine online I just read that they are making another appearance on Saturday as a benefit for Haiti, and more specifically to raise money for the purchase of relief kits from ShelterBox.org.

I first heard about ShelterBox when friends from BUILD LLC and Picnic came together in early February to do much the same at the latter’s fabulous food and wine boutique in Phinney, where a portion of proceeds from the weekly wine tasting when straight to fund ShelterBoxes sent to Haiti. If you’re not familiar with the organization, check out the website because they provide an amazing set of relief supplies in a single package.

If you didn’t make it to Picnic, be sure not to miss out on another opportunity raise money for much-needed support in Haiti.

Filed Under: happenings, restaurants and bars

One of my favorite things about food is the anticipation. Sometimes that means the five hours and three risings it takes to make my family’s potato dough orange rolls, or all of the phyllo-buttering and chicken-braising and sauce-making required for the Moroccan Chicken Rolls, both of which routinely elicit oohs and ahs from all who try them. But that’s just it, isn’t it? Although I love seeing how all of the pieces assemble themselves into a tasty end product, the best part is the anticipation of sharing that end product with family and friends.

This won’t surprise you at all, but another one of my favorite things to do is to introduce those same people to restaurants I think are fantastic, or have some interesting element that has to be experienced, or somewhere I haven’t tried yet but want them with me to explore it. So when I see signs of new places opening, or hear tell of new restaurants and bars on the horizon, my ears are always perked. Last weekend I toured around to several of the spaces I had been hearing about, to check on progress:

My first stop was Capitol Hill, specifically Melrose between Pike and Pine. Brasa’s Tamara Murphy is apparently going small plate with her new restaurant, Terraplata. This space is in the same block as new Capitol Hill locations for both Sonic Boom and Velouria, and down the street from Chapel. There are a couple of spaces still being developed in the same building so it could also be the smaller one down the way, but I hope that it’s this cool triangular corner spot. 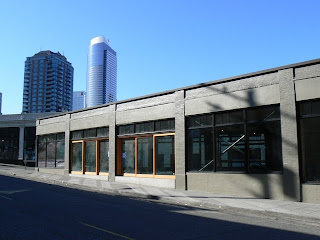 From there it was a short hop to the new Marjorie on E Union near 14th. It’s just beyond the area where most of the restaurants on this end of Capitol Hill are clustered, but if you’ve made it as far as Spinasse or Poco Wine Room you’re nearly there. This interesting space — which may well be much further along in the week since I took this photo — is the new incarnation of Donna Moodie’s former restaurant of the same name in Belltown, though older Seattleites might also remember her from Marco’s Supper Club. 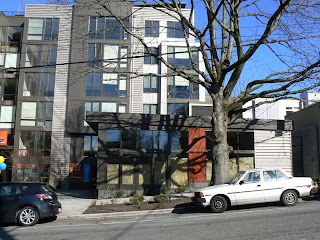 Up to 34th Ave in Madrona and home of the former Cremant, down the block from overcrowded brunch favorite Hi Spot Cafe, and the less crowded and breakfast-fabulous Café Soleil. The owners of Queen Anne’s Portage are opening another restaurant in this space that has been vacant for some time, which I hear will be more Vietnamese-influenced than French-focused Portage. 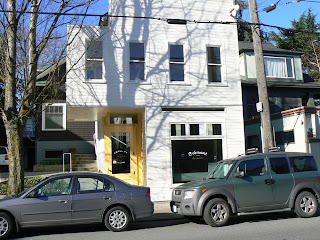 Over to Madison Park, specifically where Martin Luther King Jr Way runs into Madison. The sign for Luc, on a corner space up the street from Café Flora, has been up for ages. Opening Spring 2010, we’re told, so I suspect that chef and owner Thierry Rautureau has been able to take his time with this new venture just doors away from his flagship restaurant, Rover’s. 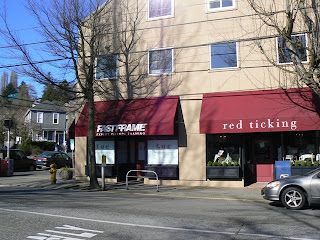 Home to Queen Anne, which seems to be a-buzz with new restaurants. The addition of Emmer & Rye was particularly good news, and now I see that Tenoch Mexican Grill will be moving into the spot at the north end of Queen Anne Ave formerly occupied by Vincenzo’s. Tenoch is currently in the International District so I assume that this is an additional location, but don’t know about that one. Let’s just hope that it fares better than the last Mexican restaurant to move into Queen Anne, the ill-fated Gorditos that occupied what is now Betty on the opposite end of the string of businesses and restaurants on the top of the hill. 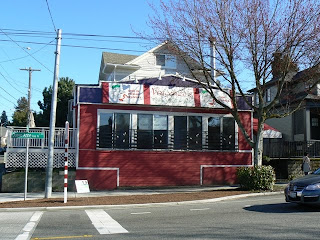 Nancy Leson is my frequent source for these tidbits of information, probably because she seems to find as interesting as I do all of the relationships between people and who is doing what, where. Because of her long career as a food critic of she has access to all sorts of information and I love to hear what she hears. Though I haven’t seen anything on her blog about what’s moving into this spot on Queen Anne Ave at Blaine. Tiny space, though I see posted an application for a liquor license: the sign of much promise. 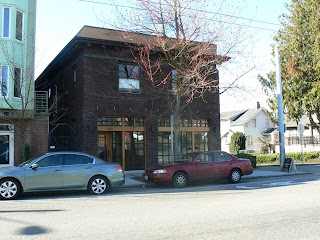 Filed Under: happenings, restaurants and bars

Remember when I wrote about the November Sit+Sip home accessories swap at the Phinney Neighborhood Center? It turns out that KIROTV.com’s Penny LeGate was there and has posted as part of her “Green Scene” series a video about that event, so here is your chance to see it in action.

Interested in participating in the next one? One of the event’s organizers, Sara Eizen, tells me that their next Sit+Sip event will be a collaboration with the Seattle Art Museum in early March. No date announced yet, but check back on their website in mid-January for the details. Or if you want to be totally in the know, sign up there to receive updates via email the second news is available.

Party it up at Equinox Studios 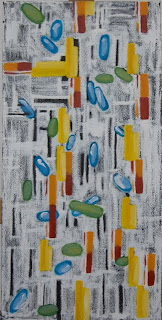 Georgetown does its “Art Attack” art walk the second Saturday of each month, and the biggest arts venue in the neighborhood is hosting a Very Open House on the December date.

Equinox Studios is one of those great industrial buildings in Georgetown that has been converted into studio space, and houses some fantastic artists and their work. Over 45 of them, in fact. I like it because it offers a huge variety of disciplines: blacksmiths, steel and wood workers, photographers, painters and graphic designers, screen printers, sculptors and metal fabricators.

It’s hard to top having access to all of that creativity in one location. And on this particular occasion there will also be live music, food and beverages so really, no reason to miss it.

You probably know artist Robert Mapplethorpe for his very large, mostly stylized and often sexually explicit photographs all produced between the late 1970’s and his death in 1989. The show currently at the Henry Art Gallery, Polaroids: Mapplethorpe, in contrast, comes from an earlier period in the artist’s life and is a selection of some 1,500 photographs made with Polaroid materials between 1970 and 1975. Although not the work for which he’s famous, it’s interesting when viewed as an illustration of how he got from here to there, and as part of the journey in Mapplethorpe’s evolution as a photographer.

These pieces are on a much smaller scale than those other works as, indeed, they are Polaroids. There are also a few still lifes among the photographs, as well as the portraits and nudes that are clear precursors to what will become his more famous work. I was lucky enough to see the exhibit with my cousin, who has a professional artist’s perspective on light and composition and sees things differently than I might. I especially liked how she pointed out Mapplethorpe’s juxtaposition of the hard and the soft (an elevator’s metal gate against curves of flesh) and his ability to capture the vulnerability of relationship, in whatever form (two lovers in a series of four snapshots).

Not all of the photographs are exceptional, but as a body of work and when viewed in the context of Robert Mapplethorpe’s larger career, I think that the show is definitely worth a look. The Henry is the last stop on an international tour, so be sure to catch the exhibit before it leaves town on January 31, 2010.